Disclaimer of Liability
The Business Section of the Oregon State Bar presents information on this Web site as a service to our members and others who provide legal services. Our goal is to provide information and education in this complex and constantly changing area of the law. While we try to be accurate and timely, nothing on this Web site should be construed as legal advice. Further, we make no warranty or guarantee concerning the accuracy or reliability of the content at this site or the other sites to which we link.

The Business Law Section has awarded $1,000 scholarships to three exceptional students, who were chosen from a pool of 16 qualified applicants. 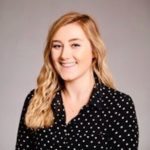 Rachel Timmins: 2L at Lewis & Clark.
Rachel is the president of the Business Law Society at Lewis and Clark, has completed legal externships at Adidas and Immix Law Group, has excellent law school grades (top 10%), and is a peer mentor for incoming law students.
She hopes to practice business law in Oregon . 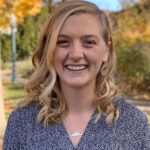 Taylor Gersch: 2L at University of Oregon.
Taylor, a first-generation college graduate, received her B.A. and M.B.A. in business administration with excellent grades (4.0 in both cases) while serving as the co-captain of the women’s soccer team at Saint Martin’s University in Lacey, Washhington. She has also volunteered extensively.
After graduating from law school, Taylor is seeks to practice business law in the context of small business, because she grew up assisting her family’s small businesses. 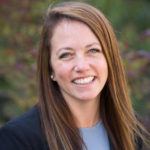 The annual meeting of the Business Law Section was held on November 8, 2019, at the Multnomah Athletic Club in Portland.

The following Section members were elected to Executive Committee positions.

Members previously elected to the executive committee and continuing through December 31, 2020:

The New Business Lawyers Subcommittee of the Executive Committee of the Business Law Section of the bar is looking to expand its participation from new business lawyers (defined as less than 10 years in practice or under the age of 36 or both) in Portland and throughout the state. If you’re interested in participating in the subcommittee or its events, please respond to Will Goodling.

Proposed Dues Increase.  The Executive Committee proposed a dues increase from $30 to $35 per year. Ir was approved.

Fund Balance.  The Section’s fund balance as of August 31, 2018, was $53,542. All Section financial statements can be found at http://www.osbar.org/sections/financials.html.

The annual meeting of the Business Law Section of the Oregon State Bar was held on Friday, November 3, 2017, at the Multnomah Athletic Club in Portland.

The following Section members were elected to serve on the 2018 Executive Committee:

Each year, based on nominations from members and the public, the Oregon State Bar honors a select group of lawyers and judges who have made outstanding contributions to the community and the profession.

This year, a President’s Membership Service Award, which honors attorneys for contributions made to the profession, will be presented to Business Law Section member  M. Christopher Hall.

Mr. Hall is a partner in the Portland office of Perkins Coie. He has for many years chaired the Section’s legislative subcommittee. 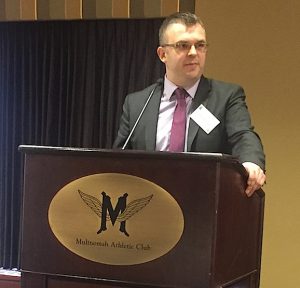 During the meeting, the 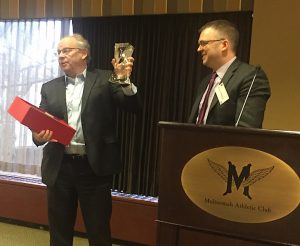 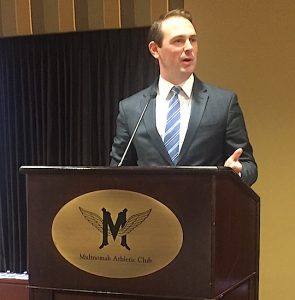 John M. Boylston, shared memories of his grandfather, James B. Castles, for whom the award was named. Winners of the Section’s three law-school scholarships were introduced: 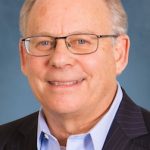 Jeffrey C. Wolfstone, a shareholder at Lane Powell PC, has been chosen as the 2016 recipient of the James B. Castles Leadership Award.

The award was established in 1998 by the Oregon State Bar Business Law Section to recognize an Oregon business lawyer for excellence in the practice of business law, professionalism among fellow business lawyers, and outstanding community leadership.

For more than 30 years, Jeffrey Wolfstone has focused his practice on various aspects of business law, including mergers and acquisitions, corporate and commercial finance, corporate law and governance, business organization, venture capital and private equity, and sustainability and nonprofit corporations.

Throughout his career, Mr. Wolfstone has shown outstanding professional leadership. He is an oft-quoted author and speaker on business topics. He participated on the legislative drafting committee for HB 2826 (passed by the 2007 Oregon Legislature) that enabled Oregon corporations to place in their articles of incorporation provisions regarding environmentally and socially responsible conduct. He is the longstanding chair of the Oregon Nonprofit Corporation Act Task Force.

The Business Law Section presented the James B. Castles Leadership Award to Mr. Wolfstone on Friday, November 18, at a luncheon during the Section’s annual meeting at the Multnomah Athletic Club.

About James B. Castles
The namesake of the award, James B. Castles, began his career in private practice advising the founders of Tektronix, Inc., subsequently becoming the founding General Counsel and a long-time director of Tektronix, and also actively providing philanthropic support of Northwest organizations, including through his service as a founding trustee of the M. J. Murdock Charitable Trust.

The Business Law Section has awarded $1,000 scholarships to students from three Oregon law schools. The faculty of each law school selected the recipients based on criteria developed by the Section, which include initiative, intellectual abilities, academic achievement, and a demonstrated interest in pursuing a career in corporate law.

Scholarship winners were recognized at the annual meeting of the Section on November 18, 2016, which was held at the Multnomah Athletic Club in Portland. 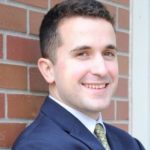 Diego has earned high marks in his business law courses and is interested in practicing in commercial and energy law. He is currently externing at Vestas, and has accepted an offer to work at DWT in Portland following graduation. 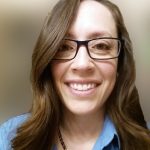 Amanda has a stellar academic record and is presently enrolled at the Small Business Legal Clinic. During her time at the clinic, she has shown initiative; taking great steps to ensure that her clients understand the work she creates for their businesses. For example, she drafted and then revised her client contract to make sure that the client will understand and feel comfortable using the contract. She is always thinking of what is best for her client. In class, her professors have observed how Amanda calls upon her prior experience as the owner of a digital publishing company to contribute to classroom discussions. Erin is a JD/MBA student in the final semester of a four-year program at Willamette University College of Law and Atkinson Graduate School of Management. While at Willamette, Erin served on the board of the Student Bar Association and was editor of the Willamette Law Online Oregon Courts service. Erin currently works as a law clerk at Saalfeld Griggs, PC, a business law firm in Salem, and has accepted an offer to work at Saalfeld Griggs after graduation.

A highlight of the meeting was the presentation of the James B. Castles Leadership Award Kenneth D. Stephens, founding partner of Tonkon Torp LLP. Special guests at the meeting were the recipients of the Outstanding Corporate Law Student Scholarship Awards.

At the meeting, the following persons were elected to serve as Officers or Members-At-Large for the 2016 Business Law Section Executive Committee:

The faculty of each law school selected the recipients based on criteria developed by the Section, which include initiative, intellectual abilities, academic achievement, and a demonstrated interest in pursuing a career in corporate law. Tyler Harkness graduated from the University of Oregon School of Law in May, 2015, and has joined Portland’s Tonkon Torp LLP as a first-year associate practicing business law. Before law school, he managed operations at a tissue culture lab in San Diego, California. Mr. Harkness earlier earned a Master of Arts degree in Philosophical Theology at the University of Nottingham in England. He is married with two young children.

Ashley McDonald graduated with a degree in economics from Oklahoma State University and worked as a consumer banker prior to attending law school at Lewis & Clark. While in law school she worked in the mergers and acquisitions division of a corporate law firm in New Delhi, India, interned with in-house counsel of a financial services company, and participated in the Lewis & Clark Small Business Legal Clinic and the Lewis & Clark Tax Clinic. Ms. McDonald was selected to represent Lewis & Clark in oral argument before the Ninth Circuit Court of Appeals on statutory interpretation of the tax code in Knudsen v. IRC, which resulted in a favorable published opinion. She was also President of the Business Law Society, a recipient of the Bates Family Scholarship for Business Law, and selected by faculty for admission into Lewis & Clark’s Cornelius Honors Society. She plans to pursue a career in commercial litigation. 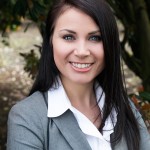 The scholarship winners were guests of the Section at its annual CLE seminar, and were recognized at its annual meeting. Both events took place at the Multnomah Athletic Club in Portland on November 5, 2015.

Kenneth D. Stephens, founding partner of Tonkon Torp LLP, has been chosen as the 2015 recipient of the James B. Castles Leadership Award.

The award was established in 1998 by the Oregon State Bar Business Law Section to recognize an Oregon business lawyer for excellence in the practice of business law, professionalism among fellow business lawyers, and outstanding community leadership.

While building a thriving business practice that spans more than four decades and emphasizes corporate and securities matters, Ken Stephens has consistently provided leadership and committee service to his law firms, the OSB community, and has contributed his expertise and talents to the business and nonprofit community in many ways.

In 2010, Mr. Stephens played a lead role in the resolution of the Sunwest Management Bankruptcy, which culminated in a $1.2 billion deal involving the sale of 140 senior living properties in 39 states. For his work on Sunwest, he received the Large Company Turnaround Transaction of the Year award from the Turnaround Management Association in 2011.

In the 1970s, Mr. Stephens served as Assistant Counsel to the U.S. Senate Committee on Banking, Housing and Urban Affairs in connection with its Securities Industry Study. He has frequently served on Tonkon Torp’s managing board, including several terms as chairman.

Mr. Stephens has been recognized as a leading corporate and banking lawyer by Super Lawyers, The Best Lawyers in America®, and Chambers USA America’s Leading Lawyers for Business. He was named by Best Lawyers as Portland, Oregon’s Lawyer of the Year in 2015 for Securities Regulation, in 2011 for Corporate Law and in 2009 and 2013 for Banking and Finance Law.

Since 2003, he has donated nearly 1,000 hours to pro bono matters, ranging from board service to representation of underserved populations through the SE Legal Clinic.

The Business Law Section presented the award to Mr. Stephens on November 5, 2015, at a luncheon during the Section’s all-day CLE event at the Multnomah Athletic Club in Portland.

The Business Law ‎Section of the Oregon State Bar selected Carmen Calzacorta to receive the 2014 James B. ‎Castles Leadership Award, the highest recognition bestowed by the Section on ‎one of its members. The award was established in 1998 to recognize an Oregon ‎lawyer for excellence in the practice of business law, professionalism among fellow business ‎lawyers and outstanding community leadership.

Ms. Calzacorta, a business lawyer and Chair of the Business Transitions Group at Schwabe, Williamson & Wyatt, has dedicated her legal career to building a successful business practice ‎in Oregon, while serving as an advocate for her clients. She is a trusted corporate counsel to many of the region’s leading businesses. At the start of her legal career, she worked with another James B. Castles Leadership Award winner, Neva Campbell, a Schwabe partner. Since that time, Ms. Calzacorta has served as a mentor to attorneys at Schwabe as well as outside of the firm. She is active in the legal community, having previously served as Chair of the Oregon State Bar Business Law Section and on the Board of the Oregon Women Lawyers Association. In addition, she is ‎an active and often leading participant in numerous charitable and non-profit organizations, including currently serving as the President of the Board of Directors for SOLVE and on the Boards of Associated Oregon Industries and Friends of the Children. She also serves as Co-Chair of the Large Firm Committee of the Campaign for Equal Justice.

The Business Law Section presented the ‎award to Ms. Calzacorta on November 7, 2014 at a luncheon during the Section’s all-day CLE event at the Multnomah Athletic Club in Portland.